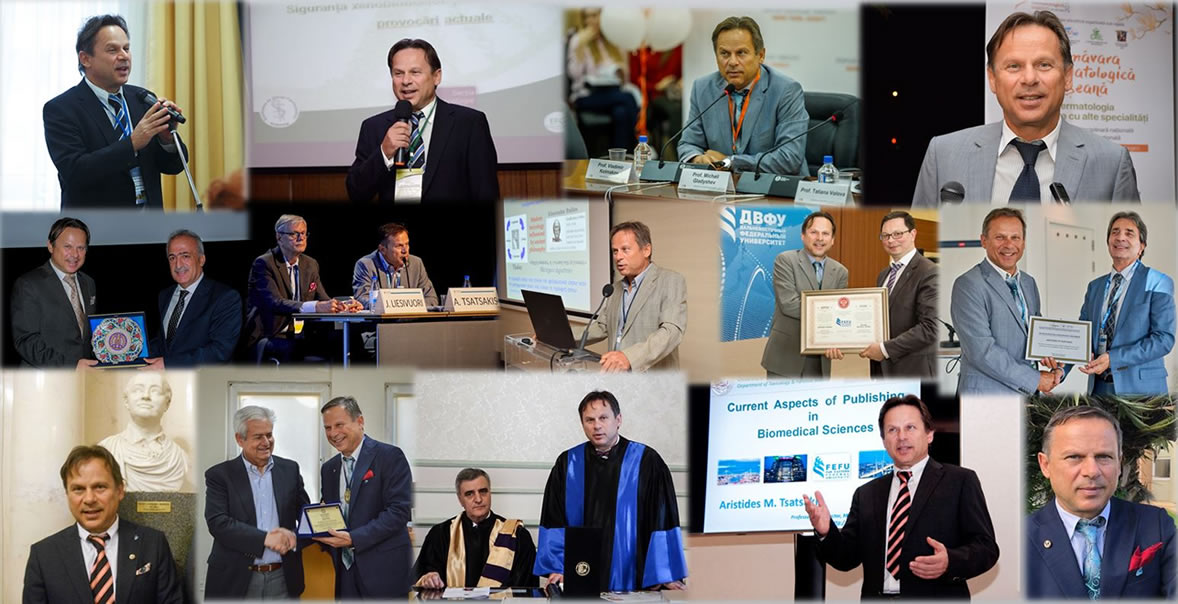 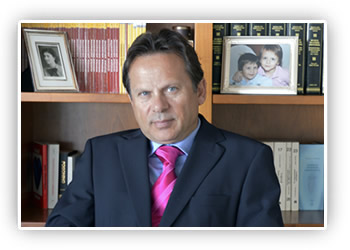 Professor Aristidis Tsatsakis was born in Heraklion Crete in 1957. He graduated as a chemical engineer, M.Sc. in organic chemistry (1982), PhD in Chemistry (1986), Post-Doc in Macromolecules Chemistry (D.I. Mendeleyev University of Chemical Technology of Russia), D. Sc.in Biology (Pharm-Toxicol) University of Moscow. He worked as a Researcher in the Laboratory of Toxicology and Forensic Science of the Forensic Centre of Baltimore, of the University of Amversa and as a visitor Professor in Miami, USA, and the Academy of Health of Moscow.

He is the director of Toxicology & Forensic Sciences Department of the University of Crete and in University Hospital of Heraklion. He has coordinated as a PI in over 60 scientific research and technology projects and has established worldwide collaborations. The Toxicology laboratory investigates yearly some thousands of forensic cases from Greek territory and abroad.
Prof Tsatsakis has given over 300 keynote and plenary lectures in international congresses and has been the promoter and chair of numerous Symposiums and workshops in International Forum.
He has coordinated as a PI in over 60 scientific research and technology projects and has established worldwide collaborations.
Prof. Tsatsakis has a long-standing activity as Editor and Guest Editor in toxicology journals, such as Toxicology Reports, Toxicology, Food and Chemical Toxicology, Toxicology Letters.
Aristidis Tsatsakis was elected EUROTOX President-Elect in 2012 served as President (2014-2016) of the Federation of European Toxicologists and European Societies of Toxicology.
He is Emeritus Professor for the Federal Institute of Hygiene and Toxicology in Moscow (2014), Doctor Honorary Causa of the Mendeleev Moscow University (2016), of the Far East Federal University (FEFU), Vladivostok 2017 and of the Carol Davila, in Bucharest (2017).
In 2016 he was elected Foreign Member of the National Academy of Sciences of Russia (FMRAS), in 2017 Foreign Member of Fellow Academy of Toxicological Sciences (FATS, USA) and in 2018 Full Member of The World Academy of Sciences (FMWAS). In 2017 he was elected Honorary Member of Bulgarian Toxicology Society, in 2018 Honorary President of the European Institute of Nutritional Medicine (E.I.Nu.M.) and Honorary Member of EUROTOX and in 2019 Honorary Member of Slovak Society of Toxicology (SETOX).
Prof. Tsatsakis was recognized for two consecutive years as Highly Cited Researcher 2020 and 2021 in the field of Pharmacology – Toxicology.
He is also the inspirator, founder and chief scientific leader of the University of Crete spin-off Company ToxPlus S.A.
The main research interests of Professor Tsatsakis include biomonitoring and risk assessments of xenobiotics as well as links of chronic exposure to them at low doses with health problems and diseases. He developed numerous biomarkers of exposure and of effects for various chemicals, in particular pesticides, pharmaceuticals, etc., uncovering the mechanistic understanding of the mode of action and adverse outcome pathways leading to clinical effects and chronic diseases (metabolic, autoimmune, cancer etc.)
Professor Tsatsakis’ long-standing public activities in disseminating science for safety health and wellbeing of the society and the environment have often been endorsed and awarded by state and municipal authorities. His motivation and basic concept highlight the important role of academia involvement in social life problems. The postulation of real-life risks simulation based on low dose combined long term exposures related to health issues, is a crucial element and the central driving force for application of theory to practice on safety evaluations in 21 century.